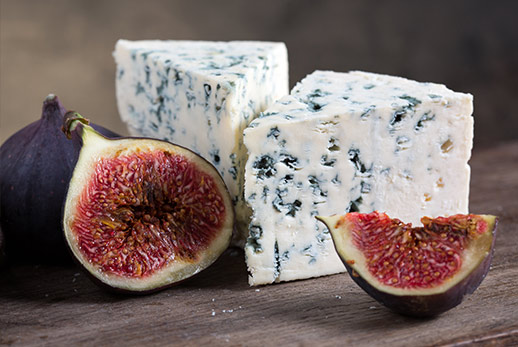 Our range of products includes all types of moulds, yeasts and a wide selection of surface cultures. We offer a wide range of ready-made as well as customer-specific culture mixtures for refining your cheeses – from blue cheese to Camembert to Romadur and Alpine cheese. We will be happy to assist you in selecting the right surface or ripening culture for your specific needs.

Thanks to our many years of experience in the composition of red smear cultures, we understand this highly complex interaction of very diverse bacterial and yeast genera which differ in properties such as pigmentation, flavour formation, pH tolerance and mould inhibition. Yeasts are involved in the deacidification of the cheese surface during the first stages of ripening and thus create suitable conditions for the growth of red smear bacteria. Its most typical representative, Brevibacterium linens, ensures the formation of the characteristic pigmentation (orange, yellow-orange, cream) and, thanks to its proteolytic and lipolytic activity, contributes to the production of the typical flavour components. As the ripening process progresses, the unmistakable red smear layer is fully formed.